if you're happy and you know it clap your hands. 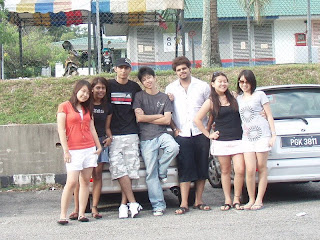 i went overseas!
it was like a lil road trip.
the lil cars convoy.
cute-ness.
3 dudes in a kelisa.
and 3 girls in the other kelisa. 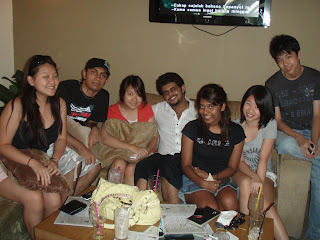 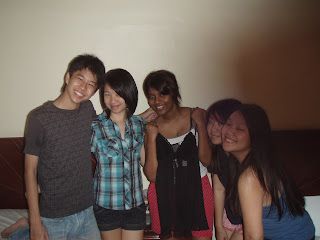 read all about it in kamz and tracy's blog =p

ONE MORE MONTH TO MY BIRTHDAY =)

reached penang at about 7ish in the evening.
then went over to queens with florence.
then over to wenlin's.
picked up wenqin.
and off we went to pasar malam =D
finally, i had tako balls and herbal jelly.
and met up with the gang at ananda's for dinner.
its been so long that everyone is together at a place.
we were all supposed to discuss christmas eve plans.
however, everybody ended up talking cock and yups still no christmas plans.
stayed over at ting's again. 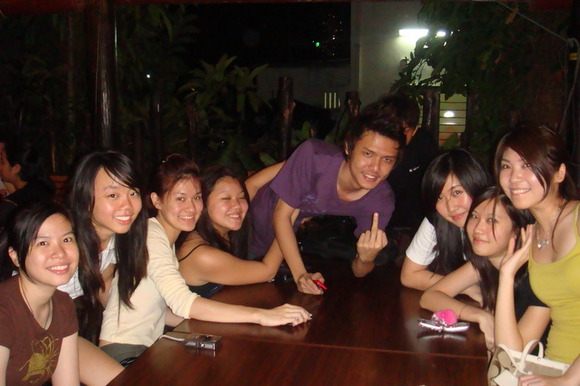 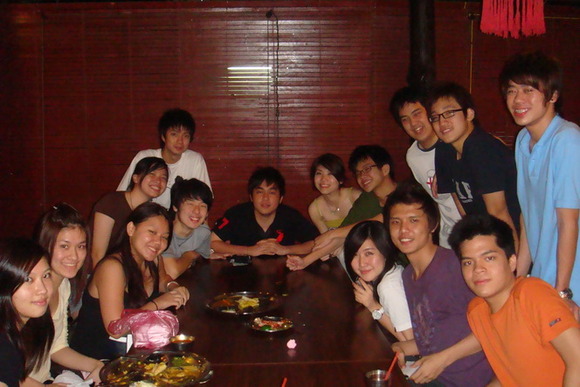 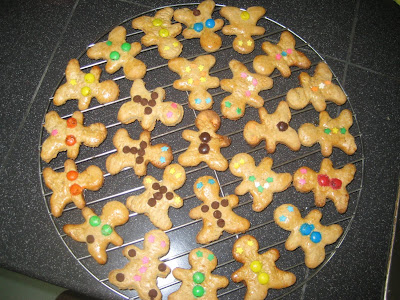 i hope you like them!
about 5ish, i was back in my shop for a violin class.
after that i accompanied mum for dinner.

and trust me, it was 8pm and yet none of us know how to celebrate christmas this year.
everyone was basically plan-less.
oh wells,so we all decided to meet at gurney.
ting had a lil accident while we were leaving gurney.
and that stupid man just did not want to apologize.
such an arse.

and then after dealing with that stupid man,we finally head over to kayin's.
ohboy it was fun at kayin's.
but opps, as soon as i stepped into the house my heart was shattered.
OH NOSSSS!!!
i got pacifiers as my chistmas present.
luckily, nigel decided to trade with me and he ended up wearing those pacificiers as his nipples whole night long.
everyone was basically at kayin's.
so it was good to be able to celebrate my christmas with all my friends.

after countdown at kayin's, most of us decided to hit the clubs.
it was FAME and MOIS again.
yes i had fun =)
then mamak-ed at raffe's and finally home by 5am. 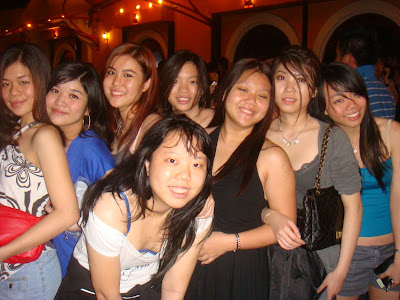 HAVE A MERRY LITTLE CHRISTMAS!

woke up at 8am to go over to FGA Butterworth christmas service.
then after that went shopping at pacific.
came back to penang about 6pm.
went to over coffee bean to meet ting.
and then off we went to wenqin's birthday part at berjaya hotel.
after the party, wenlin demanded for or-chieh so off the rest went over to goodall for some good fried oysters while i went over to the new khaleel which is located at old torch have supper with tannie.
haha, that poor dude had an accident on christmas eve as well. LOL.

i had a nice christmas this year =)
thank you,jesus!

was running errands with mum the whole afternoon.
then went over to gurney to meet up with tingen and tzouen.
suting joined us after that.
and then we bumped into may,kristi,wernie,anas and danny.
we tend to bump into each other alot
haha.
just yesterday,may caught me in khaleel.
ahhh, penang's just too small.

then the two tings, tzouen and i went over to gurney drive to eat.
went over to BED to meet up with zihong and the other boys were there gambling as well.
so tzouen joined the others while zihong and the rest of us was just playing cards and talking crap.
jy joined us as well. played truth or dare.
hmmm,loads of truth were revealed =)

was out running errands with mum the whole day again.
and then picked up miss yeoh ting en because she needed company.
ahhh, im here babe.

and then picked up mr jonathan ng who came all the way from kl just to see me!!!
ahh im so touched. seriously. i am really not being sarcastic.
i havent seen him in a year or two?
its good catch up again.
went over to queens.
had sakae for dinner with jon,tingen and kenneth.
and then jon,tingen and i went over to qeII for drinks.
dropped mr cinderella back to his uncle's.
while on the way to upr, i was feeling nauseous and had to stop by the highway to puke.
and then i realize that i might be having food poisoining as i had diarrhoe earlier as well.
ahhh.
puke twice on the way to UPR.
nearly wanted to skip UPR but its jy's last day so i gotta bid adieu to him. 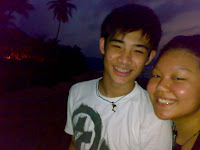 ahh lil kiddo i will definitely miss you.
it was really great knowing you.

had fun clubbing at mois with the two tings,tzouen and zihong.
and christ,janice,vonn was there too.
chilled at mr pot after club.
the two tings and tzouen crashed at my place.

i've been such an angel helping mum around the house to prepare for the lil party for the students the whole day.
and i even organized games for those lil naughty people.
then i cleaned up after the party as well.
i could be such an angel eh?
Posted by madellkcl at 2:25 AM

Hey, correct me if I am mistaken, but is that Yimin in that picture where you all went clubbing? She is one in the middle.

She was my primary school friend,
unfortunately we have lost contact over the years after I left Penang.

Anyways, Hi ! I know it's kinda random for me to suddenly leave a message in your blog out of the blue. And I can see you know one of my Primary school friends as well,Shi Ying.

hello there!
yes, thats yimin. u can add her in facebook or friendster to keep in touch again =)

its okay to be random. haha, i just didnt know that random people actually reads my blog. nice meeting you too!

both girls are very fun people =D
so i guess you are from pcghs?

oh btw please leave your blog link here because i cant seem to access to your profile. hehe.

Do you mind passing me her facebook email? (You can add me in msn if you don't mind. carenys55@hotmail.com)I tried searching for her in facebook using her old email address but I guess it was'nt in use anymore.
Thanks, really appreciate your help.
=)))

Well, I was sent to PCGS initially. But my parents thought that it was rather a long distance from my place(greenlane), and since I was offered a place at Heng Ee High School, hence I went there instead.

I even had a thought of applying to Convent Greenlane, considering it is very very near my house. But parents did'nt want to go through the hassle of applying and stuff, so yea.

Hey ! It's ok, I've managed to contact her via the old yahoo mail that she gave me years ago. Thanks though. Still, nice to meet you in cyber world. =))))